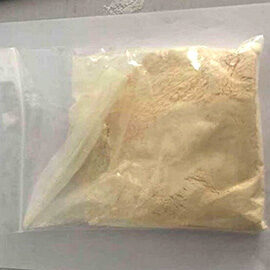 RCS-4 [(4-methoxyphenyl)-1-yl-(1-pentyl-1H-indol-3-yl)methanone] represents the first of several N-alkyl-3-(methoxybenzoyl)indoles identified by forensic scientists as synthetic cannabinoid. Despite the detection of RCS-4 and several analogues (RCS-2, RCS-3, RCS-2-C4, RCS-3-C4, and RCS-4-C4) in products

The above are not intended for human consumption, relatively little is known about this class of cannabinoids.

The synthesis of all regioisomers of RCS-4 and their C4 homologues is describe.

Since most of the analogues (RCS-2, RCS-3, RCS-2-C4, RCS-3-C4 and RCS-4-C4) are not subject to regulation in much of the world, despite their activities towards CB1 and CB2 receptors, there is a possibility that these analogues will emerge on the market.

In August 2011, New Zealand added not only RCS-4 but also its 1-butyl homologue, and the 2-methoxybenzoyl isomers of both these compounds.

Risks to individual and society

It is a cannabinoid compound and so similar risks can occur. It could be use as a
substitute for cannabis.

However in general, adverse effects of SCRA intoxications are more intense than with cannabis, possibly because of their high activity and ease of overdosing.

Magnitude of the problem in countries.

RCS‐4 has been encounter as adulterants in herbal products that are smoke for their
psychoactive effects.

However, the extent of the use of these products is largely unknown.

Be the first to review “RCS-4” Cancel reply